9 year old me was hilarious (which in interesting, given that my inability to take a joke is practically a talent now).

Why do I say this? Because in December 1999, we made time capsules at school, because of the millenium or something (the rapture, the end times. I don’t know). And 9 year old me, in her infinite and wonderful wisdom, set a very specific opening date for this time capsule. Not December 2009 (10 years later) as you might expect. Oh no.

Little me told me to open it on April Fools day. Because little me is hilarious, as previously stated.

As these things do, it got packed away in a pile of books and papers, and only resurfaced this month when I moved into my new house. EXACTLY 10 YEARS AFTER I WAS MEANT TO OPEN IT. You can’t write this stuff.

So yesterday, as instructed by tiny me, give or take a decade, I opened my time capsule. And it was magical. There was a checklist of things to include in the time capsule – some personal details, a list of favourites, a picture of your family, and then some weird things like “the top 10 things in your house” (mine included books, bookcase, the Video [no idea why definite article and capitalised, but it was clearly significant]) and an odd spider-diagram with the central field time:web.

Personal high points include:
– How pale I am in my family drawing, and how tiny my brother is
– The importance of ART
– Enid Blyton and JK Rowling as categories of books (distinct from author)
– Mystyrys
– The fact that rather than actually including any additional things apart from the key ring, I just wrote a list of “ephemera” and included that (lazy child)
– The fact that I knew the word ephemera at 9.

Good work little me. This really was a hilarious thing to open on April Fools day, even if I was a decade late.

If you don’t love Dr Seuss, you’d probably best leave now. Not that this post has anything to do with Dr Seuss, but it’s just we’ve got fundamental differences in world-view and you’ll probably hate me.

I looked down my list of categories while trying to think of something to blog about this evening, and realised how long it has been since I’ve used my Morocco category. Which isn’t really surprising, as social media chose to remind me the other day that it’s 5 years since I’ve been there. And 6 since I lived there, and started this blog.

I don’t exactly crave to go back, because holidays aren’t the same as living in a place, and going back is something I’m not very good at. I don’t exactly know what it is in my psyche, but something really blocks me from places that are in my past. I rarely talk to anyone from school, haven’t been back to Fes, and haven’t been back to Granada – despite the fact I absolutely loved them both, and they’d both make amazing holiday destinations.

My bucket list of places to visit, right now, would probably be

I’m sure one day I’ll make it round these places.

For now, my next holiday is planned for Newcastle. Or maybe Hull.

As I have mentioned a few times recently (I say recently, I haven’t blogged in over a month. I’m so bad at this)…anyway, as I’ve mentioned recently, I’m doing a bit of a blog overhaul, having shifted over to WordPress, and that has meant going back to all of my old posts and re-reading them in order to recategorise them.

All I can say, in reaction to my past self is wow. You were a cow.

Though I’ve really enjoyed my time-capsule experience; it’s part of the reason I began blogging anyway, to preserve my personal story of my time abroad, I’m amazed at how I sometimes felt. It really shows the rose-tinted glasses effect – I have nothing but positive memories of my time in Morocco, but my past posts have really shown that wasn’t the case, from relationship problems (both with the Boy and with my peers) to struggles with the culture.

So I’m deeply grateful to past me for keeping this blog, and giving me an insight into my own life. However, I feel like now is the time to point out that for all the trials and tribulations of living in Morocco, I had an amazing time and made some amazing friends. I wouldn’t change my experience for the world.

This will only be a short post, from my new phone. Last week my laptop charger broke and so I’ve not kept up. I’m now back in hectic England trying to get things sorted. My year in Fes is over but my blog is not. I hope you will keep reading! I’ll try to keep posting.

Do you ever have one of those days where you spend too much time around people who don’t quite know you well enough to realise you’re going insane? 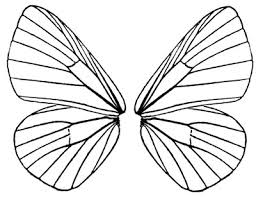 I had that day yesterday. I spent the whole day being smiley and nice and wonderful and helpful, and inside the sane part of me just kept getting more and more detached until off it floated to enjoy itself somewhere less weird. And I was left as just little old completely nuts me. I’ve mentioned this phenomenon before, the Sally-Mood, but it took off in earnest yesterday. I’m only lucky that the Boyfriend is who he is, because if he wasn’t he wouldn’t be.

Good. Basically I did a pretty good impression of someone who needs committing. Finally back down came my sanity, gave me a slap across the face and told me to grow up, which is what I’ve done. I can’t help thinking though, how nice it would be, next time, to fly off with my sanity and to leave my body to crazy itself to death, without me inside crazying away too.

But ah well. Can’t have everything.

People who know me will know that I love rings. Jewelry generally is not my thing, and I actually wear the same 6 pieces of jewelry every single day. What is noticeable about that is that 4 of the 6 are rings. 1 toe and 3 fingers. I never had the guts to get my ears pierced, and so instead of getting into pretty earrings like most girls my age, I spent hours digging through my Nan’s and my Mum’s jewelry boxes finding all their pretty rings. At one point I wore enough to have one per finger, but I have managed to cut down.So, back to the point, I went to Casablanca yesterday. Avid readers will know that my adventures to Casa normally end badly (or begin badly and just continue that way). Thankfully yesterday I was going to meet a friend from work who’d said she’d show me around. I had a lovely day, saw a lot of the city, and to boot, bought a lovely ring, to replace my old one. 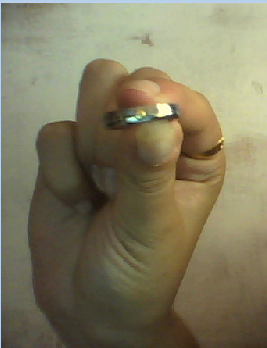 I’d say my lack of ability to keep this blog up now that I don’t have the glaring monotony of Fes at my window (which I miss, but let’s not pretend it’s exciting there) is a good indicator of things to come. I feel bad in a way, but then I think the same 10 people have read this all year, and I’ll be living with half of them next year, so it probably won’t be so relevant. Anyway, here’s what you’ve missed.

United Colours of Bennettonn. I know it has doubles somewhere. Not quite sure where. Anyway, they are doing it all wrong here in Rabat. They’ve got a lovely window display of mannequins wearing nothing but beige. And I know that if you mix up all the colours you get white according to science and brown according to everyone else, but that does not mean that you can call your shop ‘united colours’ and just have beige. It’s a poor show.

I am working on the new British Council Morocco website. It’s pretty good actually, learning about all the stuff they do and how they do it and all this stuff. And then to get to play with a web editor and put it all together is good times as well. Go ahead and visit it sometime in the next few days and check it out. And if it seems a little incomplete check back a few days afterwards because it probably means that mine hasn’t gone live yet. I’m still waiting for approval and permissions, because in real-life you have to do as you’re told (mostly).

Portico Quartet. Classy act if you ask me. I had the fun job of meeting them and looking after them last night when they played at the Jazz Au Chellah festival. It was good fun, because they not only play good music, but they’re nice guys as well. Everyone who came really enjoyed it and they got a good reception from the Moroccan crowd. I do suggest you check them out, because even though they are ‘jazz’ prepare to be surprised. Whatever you think it will be, I guarantee you, it’s not that. But it’s still good. Basically, check them out.

Time is a funny old thing. No matter what science says, time does not keep to a regular pace. Some things feel like they take no time. Others, take forever. Things which have a set period of time allocated to them end up lasting too long. And others don’t last long enough.

I think the key is to use the time you’ve got well. To try and always be moving forwards, but always be happy. Every day is a new day to learn something new, or take on a new challenge, but every day is a part of your life and life is a long old thing for most of us. Some people say ‘Live each day as if it’s your last’, but if you do that, you spend so much time doing things that you miss out on time to yourself.

Time to yourself is my favourite variety of time. It’s a time to do whatever you want to, to be relaxed, with a smile on your face. Some people spend hours watching TV, or walking, or reading, or sleeping. And other people insist it’s a waste. But you can’t ever waste time, you can just use it in a way that is good for you, or in one that is bad for you.

I am not making any money from my internship, so the song stops there.What I am doing, is having new experiences and meeting people. This week has been full of that, meeting top Moroccan academics, and people in the world of international development, as well as an English scholar from Edinburgh (who I interviewed, get me) who is an expert in one of the fields of Middle Eastern Studies which interests me the most, Muslin-Christian relations.

So, I’ll continue this when my hands recover.

As I am no longer in Fes, I’ve corrected my blog title.Also, I do miss the rain in Fes, because there is something really un-fun and un-cool about the mid-june torrential downpours in Rabat.